HomeAbout Us
ABOUT AMCORP

Our Commitment to quality construction and timely completion of all our projects is our strength.

“We are what we repeatedly do, excellence is not an act but a habit”

AMCORP’s construction activities span the entire spectrum of the industry.

AMCOPR has a large repertoire of projects, both in terms of type and size of construction projects. In addition to building projects AMCORP also has executed

AMCORP in past decade executed various projects on EPC basis, giving client one window operation to fast track their projects. 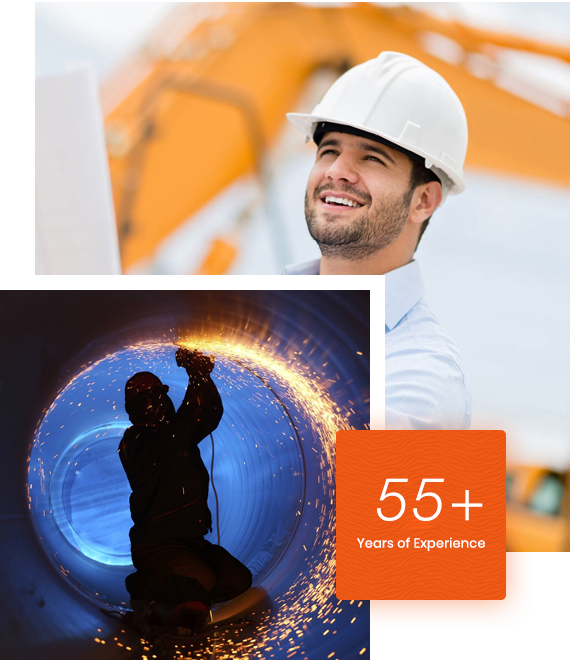 To exceed the expectations of every client through commitment to excellence, honesty, quick response with a personal touch.

Making Concepts, Vision, and Targets into realities through

As we have never given slightest displeasure to our clients hence question of any arbitration and or litigation does not arise.

The journey of Amcorp started in 1964 with small road works.

In 1965 Nov- Dec the company got registered in it its Original name M/S Al Mumtaz Corporation. since then the company has seen leaps and bounds on terms of its growth and thus establishing themselves as a most reliable construction company.

History 1965-1970 (Era of Road works)
In the early days of the inception of the company our main focus was in acquiring road works as Karachi that time was blooming to be a hub of trade and commerce in Pakistan.

Since Karachi is one of the largest Metropolitan cities in the world it saw a boom in the infrastructure Sector.

Mr.Shanim Hadi Naqvi the father of this company had a vision to document the achievements if the company along with some of his trusted employees, today which serves as a vintage data. Today the company proudly declared their celebrated journey in the form of memoirs.

The next major feather in our cap was the construction of Nazimabad road. We were successful in executing this in collaboration with the Government in providing the Citizens a road facility.

We win the contract for construction of Zaibunnisa Street and Sir Ghulam Hussain Hidayatullah Road. This road plays an important role to intersect Zainbunnisa Street before it meets Sahara- e- Faisal.

1971-1980
The company’s sheer dedication, passion and hard work with strong work ethics and quality the first generation of the promoters diversified and entered into the Building Construction Sector.

The work was of such supreme quality that the construction has stood its ground amidst torrential rains, flooding and heavy traffic coming from the Port.

1980-1990
This was a brave move from the company’s point of view given they started with road works and had successfully entered the building of Residential complexes. This too was a grand success and added to their long list of achievements.

With time we entered a new phase of construction like the Gymnasium, Boxing Stadium and the Football Stadium